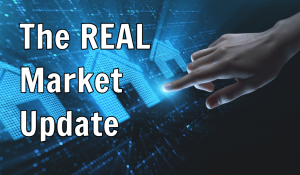 After the previous post’s long analytical missive I am going to focus largely on anecdotal evidence we are seeing out there to let you know what is going on in the real estate market.

As inventory continues to increase and sales moderate a tad we are up to a 1.4 months supply of homes on the market.  Despite that we are still seeing price appreciation locally and nationally, as the median price for a home in June Nationally hit a record of $416,000.

Just like last year, the market shifted dramatically from the Spring to the Summer, though this year it seems that the industry, though not necessarily the public, is recognizing this reality sooner.  At the end of last week I sent some buyer clients a list of 8 prospective homes for them, but they were out of town for the week-end.  On Monday when we circled back 6 of them were still on the market!  That would never have happened earlier in the year.  Now the two that were gone were the best ones to my mind, and one of them had multiple offers.  So as I have been saying for a while now, quality homes priced right are still zooming out the door.  If you are overpriced and/or coming up short conditionally, prepare to be patient.

We are getting regular calls from agents asking for feedback on our showings of their listings.  This is another huge anecdotal data point.  I hadn’t gotten one of those for years, and now I get one from about every other showing.

OK.  It wouldn’t be one of my posts without some market data and analysis.  This one relates to the stock market.  Since 1950, during the midterm election year (so every 4 years), the stock market declines on average 16.5%.  Over the same time horizon the year following the market rebounds at a 37.2% clip!

So there are a lot of interesting, and in some instances counter indicating, influences out there, and they are shifting on a seemingly weekly basis, so it’s more important than ever for us to dialogue about your buying and selling needs, so feel free to reach out!